Helen G. Sneed has been named president of the CSCU Foundation 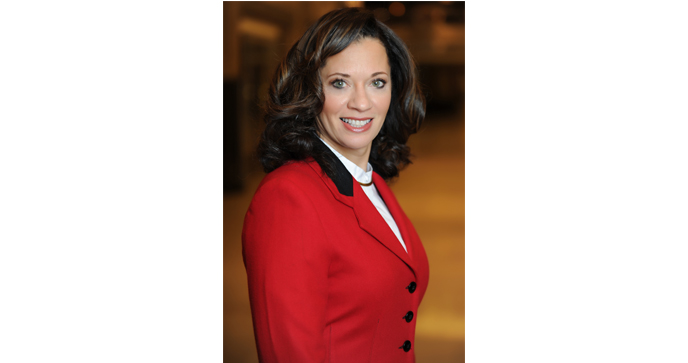 Helen G. Sneed has been named president of the Connecticut State Colleges and Universities (CSCU) Foundation, announced the organization’s board of directors. She succeeds Robert Bourne who will retire after more than 20 years at the foundation.

Helen is a homegrown Connecticut resident with an associate degree in marketing from Tunxis Community College, a bachelor’s degree in management from Central Connecticut State University, and an Executive MBA from the University of New Haven.

Currently, she works in the Youth Employment department at Capital Workforce Partners in Hartford, an organization that serves 37 North Central Connecticut Communities in support of career bridging, career planning and internships. Her career in human resources has taken her across the globe, while helping people in all walks of life do more than just earn a living.

Her personal life reflects her belief in an endless path of hope and inspiration. Helen and her loving husband Gregory, Chief of Police at Central Connecticut State University, have been providing scholarships to college bound minority students for nearly a decade.

Helen has been cancer free since 1996, but found herself battling the disease again last Christmas.  Thanks to the surgeons and nursing staff at St. Mary’s Hospital in Waterbury, Helen is determined now more than ever in her new volunteer role as President of the CSCU Foundation to fulfill her dreams of helping more Connecticut students in 2019 and forward.

“I’ve lived the life of a foster child and felt the heartbreak of abandonment, it’s a feeling you remember that no one should share,” she said. “Education can create hope, shine a light of promise and give you a rewarding life — right here in Connecticut!”

The CSCU Foundation is a non-profit organization that promotes, encourages and assists education and research within the Connecticut State Colleges and Universities. The CSCU Foundation solicits donations and accepts gifts, grants and bequests to support its work.